Defenses To DUI In South Carolina 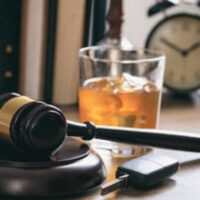 For most people, being charged with a DUI is a terrifying and overwhelming experience, and for good reason. Being convicted of a DUI can have life-altering effects, including limiting housing and employment prospects. Our law firm gets many calls from people trying to expunge or seal past DUI convictions, but the truth is that the best time to deal with a DUI is when you are charged. This is when you have the most power to affect the outcome. The best way to deal with a DUI conviction is to avoid getting one, and the only time that is a possibility is after you are charged. It’s important to understand that the charges are a starting point, not a sentence. Hiring an attorney as soon as possible after you are charged can help you avoid a conviction and/or mitigate the consequences.

There are a number of grounds on which you can challenge your DUI charges.

If you have been charged with DUI in Charleston or the greater South Carolina area, the time to act is now. Call the Charleston DUI & drug crime lawyer at Gus Anastopoulo Law Firm and schedule your free consultation today.

By Gus Anastopoulo Law Firm | Posted on June 1, 2021
« The Dangers Of Roll-Over Truck Accidents
Can I Sue For An Accident In South Carolina If I was Partly Responsible? »