Close Menu
Charleston Personal Injury Lawyer > Blog > DUI Drug Crime > Have You Been Charged With Possession In Charleston? Here Are Your Best Defenses

Have You Been Charged With Possession In Charleston? Here Are Your Best Defenses 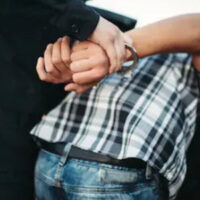 Being charged with possession can be an overwhelming experience, and for some, can feel life ending. However, it’s important to understand that when you are charged with a crime, it is not set in stone, it is only a starting point. “Innocent until proven guilty” isn’t just a saying, it’s the cornerstone of our justice system, and it means that when you walk into a courtroom, the skepticism should be placed on the charges, not on you. In fact, the entire burden of proving that you are guilty of the charges falls on the prosecution. In other words, it’s not your job to prove you’re innocent. It’s the prosecution’s job to convince the jury that you are guilty. And not only do they have to convince the jury of this, they must convince the jury beyond a reasonable doubt, which is a very high bar. Any doubt will weaken the prosecution’s case and make it harder to convict you. This is your time to fight and an experienced criminal defense lawyer can help you do just that. In some cases, your lawyer may even be able to negotiate a plea bargain, have your charges reduced to a less serious offense, or have the charges dismissed completely. It is critical to talk to a lawyer so that you have an understanding of what possible outcomes are available to you.

The best defense against possession charges will depend on the specific facts of your case. However, understanding the necessary elements of the crime will help give you a sense of how weak or strong the prosecution’s case against you may be.

Talk to a Lawyer

If you have been charged with possession, contact Charleston DUI & drug crime lawyer at the  Gus Anastopoulo Law Firm and find out how to ensure the best possible outcome for your case. Schedule a free consultation today.

By Gus Anastopoulo Law Firm | Posted on June 14, 2021
« Can I Sue For An Accident In South Carolina If I was Partly Responsible?
Slip-And-Fall Accidents Leading Cause Of Traumatic Brain Injuries »